It was a shock for the crypto world: surprisingly, Tesla CEO Elon Musk announced that he would no longer allow Bitcoins as a means of payment for climate protection reasons. “We are concerned about the rapidly increasing use of fossil fuels for Bitcoin mining – and related transactions,” he shared on Twitter.

In particular, he said he was concerned about the use of “coal, which has the worst emissions of any fuel.” Musk later followed up, calling Bitcoin energy use “insane.” His change of heart is unexpected for many observers. Until now, the entrepreneur was considered a great advocate of cryptocurrencies.

Musk and the Bitcoin 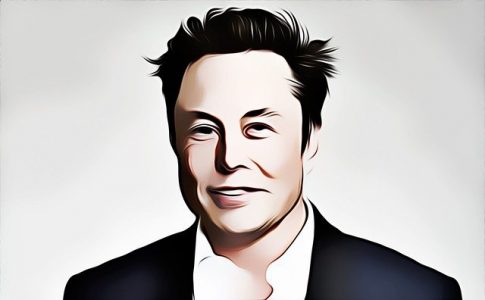 In recent months, Musk had still regularly advertised the digital money and called bitcoin the currency of the future. In early February, he bought Bitcoins for $1.5 billion. The electric car maker’s balance sheets are so positive partly because it has invested heavily in cryptocurrency. As one of the first major corporations, Tesla also announced in mid-March that it would accept the currency as a means of payment for its electric cars. With this, Musk had fueled the boom of the cryptocurrency, which subsequently reached a record high.

“The idea of using a cryptocurrency as payment for an energy-efficient car, that’s contradictory,” said CNN financial expert Christine Romans. Tesla did not say where the change of heart came from, she said. Musk’s tweet said Tesla does not want to sell its Bitcoins, but will use them when the cryptocurrency’s manufacturing process switches to more environmentally friendly energy use.

Bitcoin and other cyber currencies have long been criticized for requiring large computing capacities to process transactions. The electricity for this has so far come mainly from power plants that burn fossil fuels – and thus not from sustainable sources.

The virtual currency is mostly produced in huge “mining farms” in countries with low electricity prices. There, numerous computers with high-performance chips calculate around the clock to solve the next computational task. New digital coins are created by users providing computing power for encrypting and validating transactions. They are remunerated for this in bitcoin. However, only the person who provides the result first ever gets a turn.

With Bitcoin’s rapid triumph as an investment and means of payment, its energy requirements rose sharply. In the beginning, a normal PC was sufficient for mining. However, the more “miners” are active and start searching for new blocks, the more difficult the calculation task (hash rate) becomes. This increases the computing effort – and above all the power consumption.

According to a study by the University of Cambridge and the International Energy Agency (IEA), mining consumes about 141 terawatt hours of electricity annually, as much as the Netherlands, a country of 17 million people. According to the study, bitcoin mining already accounts for around 0.5 percent of global electricity consumption in a year.

However, no one can calculate exactly how much electricity Bitcoin actually requires. The Digiconomist platform of Dutch economist Alex de Vries estimates that almost 100 terawatt hours are required annually.

Bitcoin proponents counter critics by pointing out that the traditional financial system, with its millions of employees sitting at their computers in air-conditioned offices, also requires large amounts of energy.

According to the University of Cambridge, around 70 percent of all new Bitcoins are mined by prospectors in China. While they often used electricity from hydropower during the rainy summer months, they mainly used energy from coal-fired power plants during the rest of the year.

The researchers have calculated that each Bitcoin transaction thus leaves an ecological footprint of 428 kilograms of the greenhouse gas CO2 – comparable to almost one million bookings with the credit card provider Visa or the consumption of around 71,000 hours of YouTube videos.

According to a study in the science magazine “Joule,” Bitcoin server farms account for emissions of 22 to 22.9 million tons of carbon dioxide annually. This is roughly equivalent to the emissions in countries like Jordan or Sri Lanka. Since fossil fuels are comparatively cheap in China, there is little incentive to switch completely to more expensive renewable energy, experts say. Therefore, Bitcoin’s footprint can hardly be reduced in the short term. 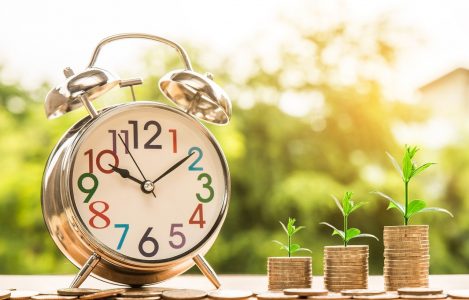 However, there are approaches to this. First of all, some unknown or new Altcoins are not the solution, even if they claim it. For example, projects are heating residential buildings or greenhouses with the waste heat from the server farms. Some experts also suggest that prospectors purchase emission certificates to compensate. Others point out that every Bitcoin can be traced back to the prospector. The latter could then receive a surcharge for “green Bitcoin” that are produced with the help of renewable energies.

Another manufacturing process (Proof of stake), which is already used for smaller cryptocurrencies, could also be a solution. In this case, the computing power of the “miners” does not play a role; the work tasks for block formation are assigned as in a lottery. Because the possession of high-performance computers is no longer decisive in this new process, most members of the Bitcoin community reject a switch to the more environmentally friendly consensus process, according to experts. After all, they would have invested large sums in their technology. The security of the proof of stake approach is also being discussed in the scene.

Against this background, experts like de Vries do not see any prospect of Bitcoin devouring less energy at some point – quite the opposite. The rising price is encouraging more and more commercial Bitcoin miners to enter the business – even with older, expensive data centers. Because currently, the value of a Bitcoin is still more than 41,000 euros, according to Coinmarketcap.com, despite the crash on Thursday, and thus almost 75 percent more than at the beginning of the year.

What is Proof of Stake?

In the Proof of Stake algorithm, new tokens are unlocked through mere ownership in a wallet (staking). The validation of transactions on the blockchain is also done by a consensus algorithm based on value share in the network.

If a new block is generated, then a token is created as a reward, also like PoW. This and the transaction fees are distributed regularly and randomly across all token holders using an algorithm that takes into account value-based share in the network and duration of ownership.

Proof of Stake is thus much more environmentally friendly compared to Proof of Work. The computing effort required for PoW and the corresponding power consumption are not incurred. For an attacker to be able to carry out a 51 percent attack, he must own more than half of the total assets of the respective coin.