Four of the top 6 dapps on Ethereum are either a pyramid play or fall into network marketing. Is that a surprise – or was it obvious that it had to happen because people are people? And is this an unavoidable cost of raising a new, free and democratic financial system on Ethereum with DeFi-DApps?

Actually, it was all well-intentioned. Ethereum, the blockchain for smart contracts, was supposed to be used for good. For a democratization of finance and its liberation from centralized power holders. So-called smart contracts run on the blockchain, uncensored and unstoppable, so that no dictator in the world can shut down the automated transactions, and everyone becomes their own master of their finances instead of having to trust a bank. 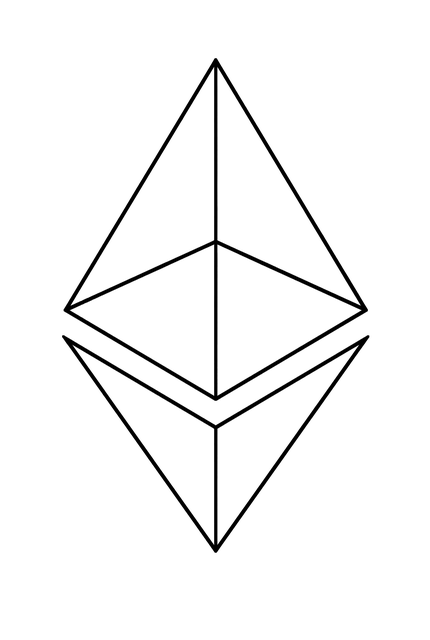 As it stands, however, things turned out differently. Instead of helping people emancipate themselves and shake off dependencies, Ethereum became the new host of the pyramid schemes. That doesn`t mean it is a bad investment, get yourself a Coupon and buy some at Binance before they are getting to expensive.

After the ICO hype between 2016 and 2018 was already a golden playground of scammers, the next unsightly trend is now brewing: unstoppable and uncensable pyramid schemes, Ponzi schemes, and MLM structures.

ETH Gas Station lists the 25 addresses or smart contracts that consume the most “gas.” Gas is the fees on Ethereum. Those who pay a lot of gas fund the miners and occupy capacity on the blockchain. Looking at this list now, one gets a rather queasy feeling. Instead of the good causes for which Ethereum might have been planned, the top addresses are teeming with pyramid schemes.

First on the list are tether tokens. While notoriously infamous, they are a shining exception among the top contracts on Ethereum for their seriousness. Miners have earned $1.67 million in fees from them over the last 30 days. They are followed by the MMM pyramid scheme. Yes, that’s right: MMM.

Readers of our blog may remember the fall of 2015, when the bitcoin price began to rise gently after a long bear market, and rumors made the rounds that this was due to the pyramid scheme of the “Russian Bernie Madoff” Sergey Mavrodi. The mathematician started the scheme in the 1990s, became filthy rich, married a beauty queen, nearly led Russia into national bankruptcy and went to jail. As soon as he was free again, he started all over. But because the Russian relaunch was already on the verge of collapse in 2012, he launched MMM Global, targeting the entire world, especially developing countries. He promised participants a return of 20-100 percent a month on the so-called “mavros,” which could be bought with bitcoin starting in 2015.

MMM seems to be as tenacious as a tick. One incarnation after another collapses; Sergei Mavrodi died in March 2018. But MMM lives on. Last year, the pyramid scheme relaunched on Ethereum under the banner “MMM Global Blockchain 2019.” It uses the PAX dollar token in the process and promises a profit of 30 percent a month; BehindMLM assumes most participants are from India. The YouTube channel shows some tutorials on how to work with Ethereum wallets. On Twitter and Facebook, the groups seem to be dead, and the website is also long down (here’s a snapshot from mid-2019).

Still, MMM is Ethereum’s second most active smart contract, earning miners around $600,000 in fees over the last 30 days. You might not believe it.

The third largest smart contract is SmartWay Forsage. According to DApp-Review, it is “the first fully decentralized matrix marketing project” from the family of Russian network smartway.run. Smartway’s website (original Russian, Google Translate here) describes it as a typical network or multi-level marketing system, with partners and layers and so on.

Since I am being badgered by a Forsage profiteer with legal threats not to write what I think, I have deleted the following paragraph. I personally don’t think anything of the system at all, and there are many reports saying it is a pyramid scheme, such as on BehindMLM.com , Lifetimepursuit.com, Ponzipedia, Jesse Singh, Bitcoin Exchange Guide, Quora, Set Affiliate Business, Smart Affiliate Success, Gain Bitcoin and others. Whether these reports are true or not, I cannot say. The Forsage subscriber threatening me with legal consequences claims they are all lies. He insists that there is a product at Forsage that is not related to distribution. But I don’t get it, according to the Forsage advertiser, because I’m too stupid or too biased.

Anyway, Forsage is one of the most successful smart contracts on Ethereum and brings a lot of revenue to the miners through fees.

Small update on Forsage: Since the question of whether Forsage is just an MLM system or a pyramid scheme seems to hinge on whether there is a real product behind the distribution matrix, according to the comments, I asked Klaus, a Forsage advertiser, to write a short text about what the product is. Here it is, shortened by me with Klaus’ consent:

Forsage’s core products are so-called slots: These are small, self-perpetuating programs that run independently on the blockchain. There are 24 such slots in total, 12 each in the x3 and x4 programs. They are marked as products with a shopping basket and a “buy” function. They run as long as ETH exists. That they are not just rights to get more commission from the new ones, I can tell by the fact that the commission for them always stays the same, no matter which slot I have. In my experience, 80% of the total revenue comes from the purchase of slots, while about only 10-15% comes from the entry of new partners.

But now let’s move on to the next Smart Contract

Only one address is known from the fourth most active Smart Contract: 0x5f43578eC5a2aEb661B15bB2fB9d71154Bae84F2. I have not found information on what it does. The address holds a small number of the ESCH tokens used for voting in Ubiq’s District0x protocol; the creator of the address has very large holdings of the ESCH tokens, so one may assume that there is a strong connection here. All of this suggests that this is not a pyramid scheme, but part of the Ubiq network that is building a blockchain for smart contracts that competes with Ethereum – even if the exact connections are mysterious. The fact is, however, that the address has consumed $181,000 worth of gas in the last 30 days.

Number five in the list of the strongest gas consumers is Million Money 2.0. BehindMLM writes about its predecessor, Million Money: there is “neither a product nor a service that can be distributed. Participants can only sell the Million Money membership itself.” We’ve heard that before. Fittingly, Million Money is related to Smartway.run, according to a blog post. The author portrays it as an unoriginal MLM system, but one that is “on steroids” because it lives in an uncensorable and unstoppable Smart Contract. In gas expenses, the miners at the pyramid scheme earned about $156,000 in the last 30 days.

Now for number six in this sad list. That’s Easy Club. Easy Club’s Facebook group notes that it is most prevalent in East Asia, such as Japan and Malaysia. Dapp.review describes it as “an open source blockchain game”; a blog post from mid-2019 headlines that through Easy Club you can become a multimillionaire. You have to invest 1 Ether and initially receive 1 percent interest a day. The income can still be increased if one recruits more members. This already sounds a lot like the typical MLM game, where income is only generated by getting other people to deposit as well. On their website – which only shows statistics – the creators try to make out that it is only a game and that you should only invest 1 Ether. Whether that helps? With fee income of $144,000, at least the miners are earning well from the game.

Starting at rank seven are the real, serious DApps of the DeFi world: the decentralized or non-fiduciary exchanges IDEX, dYdx and Uniswap, the onchain liquidity protocol Kyber Network, the decentralized assets of Synthetix and more. It’s refreshing to see no other pyramid schemes appear among the top 25 addresses, but largely DeFi-DApps that make finance more decentralized and independent.