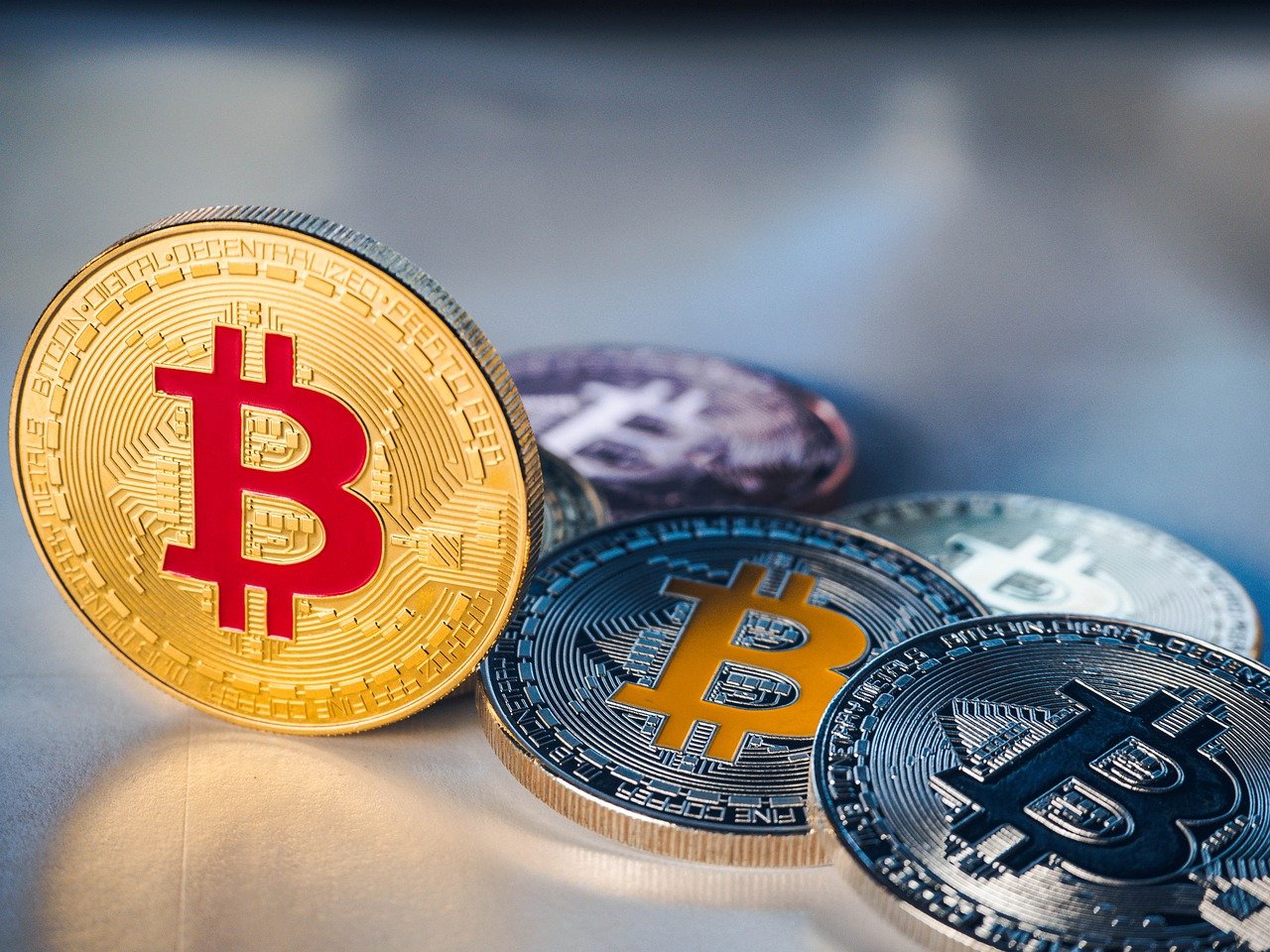 Dogecoin is currently on everyone’s lips. The fun currency is hyped on Twitter and Reddit, which causes massive price fluctuations. Dogecoin – the new GameStop? Or is it a declaration of war against bitcoin?

Much like GameStop stock, Dogecoin became a plaything for investors – though Dogecoin had prominent fans like Elon Musk. But even more than that, the two investment products are connected by the Reddit community. 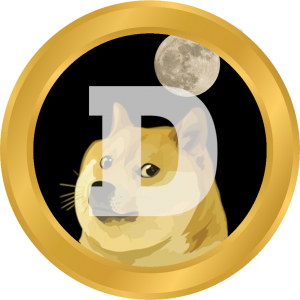 Dogecoin, which was designed as a fun currency with a Shiba Inu as its symbol, is currently one of the most sought-after cryptocurrencies and has made it among the biggest of cryptocurrencies in a very short time. According to CoinMarktCap, the market capitalization – i.e. the total value of the circulating coins – currently amounts to around 67.83 billion US dollars (as of May 14, 2021). This means that the fun currency still has Bitcoin, Ether and Binance Coin ahead of it – in terms of market capitalization, Dogecoin has managed to work its way up to fourth place among the largest cryptocurrencies.

Since the beginning of the year, DOGE gained massively in value since the Tesla CEO made it prominent and sent it to all corners of the internet. The currency was sometimes pushed, then dropped again, which is why the question even arose briefly whether the Dogecoin had become the stain in the cryptoverseum and the ambitions of many crypto fans to establish cryptocurrencies in the traditional financial world or even in everyday life seemed threatened. Currently, the Dogecoin, which had already cost up to 0.72 US dollars this year, is burdened by a bloodbath on the crypto market. This was triggered once again by Tesla CEO Musk, who had surprisingly announced the previous day that Tesla would no longer accept Bitcoins as payment after all.

But despite the strong volatility: it is the year of the Dogecoin. It is conceivable that the cryptocurrency’s rapid rise in the meantime was not triggered solely by the support of Tesla CEO Elon Musk or musician Snoop Dogg. At the center of the movement around Dogecoin was apparently also the subforum r/WallStreetBets, which was significantly involved in the GameStop affair.

Dogecoin is the new GameStop, Native News Post quotes cryptocurrency bull Green as saying. But that’s not typically how sensible, savvy investors should strategize and build their portfolios to achieve their financial goals. Looking to invest in cryptocurrencies? Our guides explain how to do it in 15 minutes: Buy Bitcoin, Buy Ripple, Buy IOTA, Buy Litecoin, Buy Ethereum, Buy Monero.

However, a briefly lifted ban on being allowed to discuss cryptos there was apparently enough to drive the hype once again. Bloomberg reportedly eventually contributed to the ban being reinstated shortly after it was lifted with an article, Cointelegraph reported in late April. In this regard, moderator u/bawse1 is said to have written, “Because of the Bloomberg article ‘WallStreetBets buckles before crypto,’ discussions on cryptocurrencies are banned again indefinitely” – corresponding adjustments are said to have been included in the guidelines. 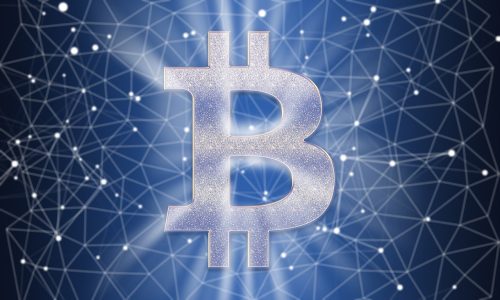 Behind the Reddit movement’s efforts may have been identical motives to the attack on short-sellers on Wall Street. “In the same way that the GameStop frenzy was touted as a battle game of ‘Wall Street versus the little guy,’ Dogecoin is being touted as a battle game against established crypto giants like Bitcoin,” Native News Post quotes Nigel Green, chief executive of financial services firm deVere Group.

But the comparison with bitcoin may be difficult simply because it is known that there are two completely different ambitions behind their invention. Moreover, bitcoin’s supply is limited to a certain number of units – this fact is missing from the fun currency. While 129.5 billion Dogecoins are currently circulating at around $0.38, the original cryptocurrency has 18.7 million at $48,648 each. However, among other things, this lack of a supply limit combined with an efficient network that allows coins to be generated faster may have excited some crypto fans.

But Dogecoin is not quite on par with the other top cyber currencies yet: With its status as a meme coin, trading on the biggest crypto exchanges like Coinbase or Bitstamp is not possible. Whereas Coinbase now announced to enable trading with the fun currency.

Attempt to make up for missed entry opportunities through DOGE

However, rather than a declaration of war, any missed entry opportunities with Bitcoin could also have contributed to some investors wanting to make up for this missed opportunity with Dogecoin. They jumped on the DOGE bandwagon in order not to miss the next big opportunity, not so much because they believed in the future of the coin – so the effect of the FOMO might have done the rest to the fun currency’s rally. We can assume that many people bought Dogecoin not because they think it has no real value, but because they hope others will get FOMO, lift the price up, and then they can sell and make a quick profit, reflects the portal Green. So there is a revolutionary effort mixed with those of pure gambling, one could interpret.

The fact that Dogecoin was officially invented as a fun currency, unlike other cryptocurrencies – Ethereum, Ripple and Cardano, for example – should actually raise authoritative doubts. But instead, the DOGE is scaling new heights and romping around the front ranks of cyberdevices.

Accordingly, it is not surprising that more and more critics are coming on the scene and warning that a bubble might have formed. Susannah Streeter, senior investment analyst at Hargreaves Lansdown, told Forbes, “Investors who don’t have money to burn should heed the FCA’s warning. Those who get involved in products they don’t fully understand risk losing all their money.” However, this warning may apply more to cryptocurrencies in general, but directly in relation to Dogecoin, it spoke of a “speculative bet” and users who would want to gamble with the system, so investors should be wary of the “herd mentality.”

One of Dogecoin’s co-founders, software engineer Billy Markus, had already disassociated himself from his creation years ago and emphasized his distancing: “I’m semi-detached, but it’s strange that something I did in a few hours is now part of Internet culture,” he told Bloomberg.

Where else is Dogecoin headed?

While demand for the Dogecoin seems unabated, experts are more than split in their opinions. But where does the journey of the coin with the dog as its logo lead? A value of one US dollar is considered the magic price mark that supporters of the fun currency have in mind. Currently, the Dogecoin is far from its previous high, which was 0.72 US dollars.